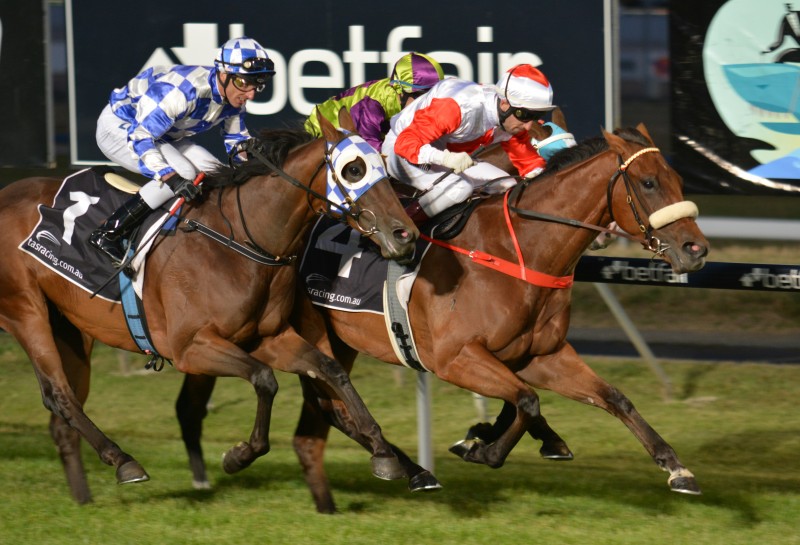 COURAGE by name a courage by character is the best way to describe quality three-year-old Valiant Warrior.

The Adam Trinder-trained three-year-old will resume from a short let-up in the $50,000 Magic Millions 3YO Classic at The TOTE Racing Centre in Launceston.

Valiant Warrior was unbeaten from five starts before suffering his first defeat when second to Admiral in the 3YO Trophy over 1400m in Launceston on New Year’s Eve.

Trinder sent him to Longford for a trial two weeks ago and he won that easily against older and more experienced horses.

He won the 3YO Cup over 1200m with a courageous display to emerge triumphant over Admiral who as first-up from a spell.

Listen to what trainer Adam Trinder had to say about Valiant Warrior’s chances tonight.