Value the key on Sunday 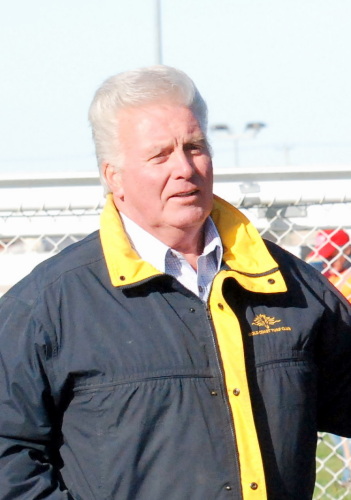 FINDING winners at the TOTE Racing Centre in Launceston on Sunday won’t be easy but there are a few runners that stand out as top each-way prospects.

In the opening race on the nine-event card HOT ROLLER looms as one of the better chances in an open race.

The George Blacker-trained three-year-old is closing in on a win. His past three runs have been encouraging. He was second at this venue and over this distance (1400m) three starts back and at his past two outings he has been the victim of circumstances

Hot Roller was held up at a crucial stage last start over this track and distance two weeks ago but if he can be given an unimpeded run in the race he should break his maiden status.

The Charlie Goggin-trained CELTIC ANGEL is a well bred three-year filly that has been placed at her only two starts over 1100 metres.

She has been getting back and finishing her races off and gives the impression she would appreciate more ground so stepping up to 1400m here makes this an ideal assignment. The daughter of Bianconi should be a value each-way bet and she also has the services of in-form claiming apprentice Talia Rodder.

The feature race on the card is the time honored Carrick Plate that has been a part of the Tasmanian calendar since the mid 1800s and in more recent times has been won by some talented gallopers including Flounder Bay, Melita, Devonport Cup winner Sea Rhythm and former star sprinter-miler O’Donnell.

OMEGA QUEST is an in-form six-year-old that has won four of his past five outings. He won three in succession of this trip (1600m) before resuming after a freshen-up with a sixth of 10 in an unsuitable race over 1220m.

Last start he flashed home off a good pace to win convincingly over 1400m. This is against a couple of smart ones but he should be up to the task. He also gets some weight relief (56kg) compared to what he’s been lugging around of late.

GEEGEES BLACKFLASH notched his first win since winning the Tasmanian Derby over 18 months ago in an open handicap over 1600m in Hobart three weeks ago.