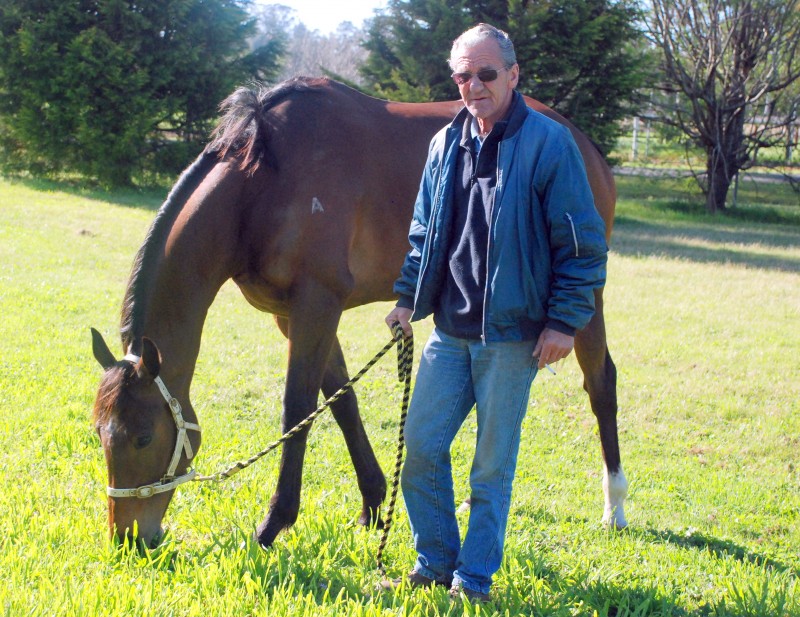 STAR Tasmanian galloper The Cleaner has returned to Tasmania after his quest for glory in the W. S. Cox Plate was thwarted by a combination of a wide barrier and tactics played out by a few of the other runners in the weight-for-age championship of Australasia.

The Cleaner finished a creditable ninth in the field of 14 to be beaten only 3.5 lengths but only after the seven-year-old gelding was forced to work three and four-wide for about 700 metres before finding the lead.

“He tried real hard in the home straight but the hard work he had to do early to find the lead took its toll,” said trainer Mick Burles.

“They kept him out wide for as long as they could but that’s racing and we have to take it on the chin and move on.”

“The horse has pulled up in great order and probably could have gone around again a half-hour after the race.”

“He arrived home at the stables this morning looking a million dollars and he went straight out into his yard and had a roll around in the mud. That’s what he loves to do after it rains,” he said.

Burles confirmed The Cleaner’s next assignment could be in the Emirates Stakes over 1600 metres at Flemington on November 08.

“I will get my vet to run his hands over the horse before I make any firm decision on where he goes next. ”

“He might have a break but right at the minute I would say he was a decent chance to go to the Emirates,” Burles said.