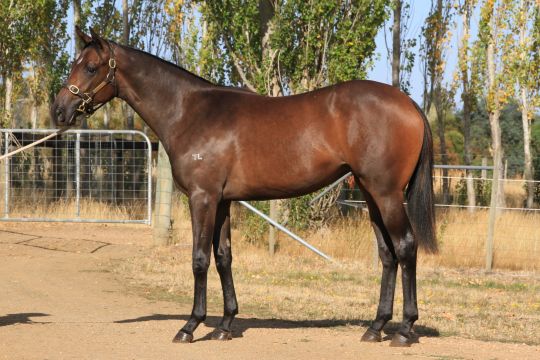 A STRIKING filly by Bel Esprit fro Sister Sweet offered by Tasmania’s Armidale Stud was knocked down to Victorian trainer Brian Purcell for $67,500 on the second day of the William Inglis Premier Yearling sale in Melbourne yesterday.

The filly was an outstanding individual attracting spirited bidding and Purcell was elated when she was finally knocked down to his final bid.

Armidale also sold a Onemorenomore colt from the Rory’s Jester mare Come On Rory for a modest $15,000 making him one of the bargain buys of the second session.

The remaining two yearlings offered by Armidale, a colt by All American from Feerique and a colt by Turffontein from Shallot were both sold to Singapore interests for $40,000 each.

“We went to the Melbourne sale to sell four yearlings and we were successful, although, in hindsight,  we probably would have been better off putting the Onemorenomore colt through the rung in Tasmania,” said Armidale director Robyn Whishaw.