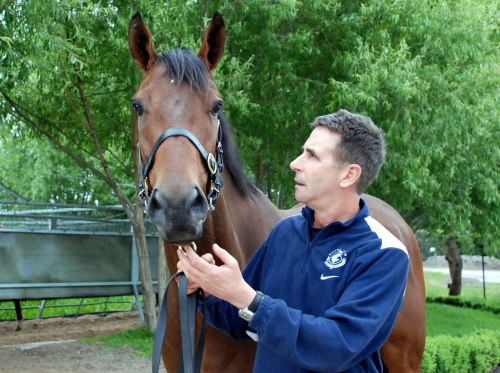 Kent is eyeing off the Hobart and Launceston cups with his recent Bendigo Cup runner-up My Bentley.

“I received the Tassie feature race calendar this week and have already started sorting out which horses we’ll take for the carnival,” Kent said.

“My Bentley looks an ideal type for the Hobart (2200m) and Launceston (2400m) cups so he’ll be freshened up for the trip and I’ve got a possible Derby runner and an Oaks filly so it looks like it’s full steam ahead for Tassie,” he said.

My Bentley was second to Tasmanian stayer Dream Pedlar in the Bendigo Cup (2200m) which followed a second in the Cranbourne Cup over 2025m.

Caulfield trainer Clinton McDonald, who has been a regular visitor to Tasmania during the carnival in recent years, confirmed he is looking at bringing a two-year-old for the $150,000 Gold Sovereign Stakes to be run under lights in Launceston.

“I’ve got a couple of nice unraced two-year-olds that are in the melting pot for Tassie,” McDonald said.