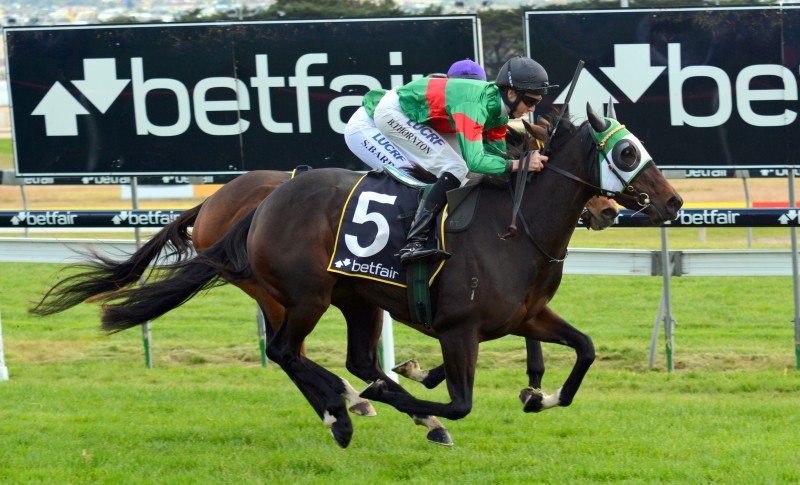 With stable apprentice Boris Thornton in the saddle, Village Green was having only her fifth career start and her third outing this time in.

She had put the writing on the wall with two luckless thirds and at one stage in the home straight the trainer thought she was not going to run a place owing to interference that had the potential to stop the filly in her tracks.

“When I saw the interference about to happen I thought that would be the end of her chances but Boris (Thornton) was able to keep his cool and balanced her up after being almost knocked down and she went on to win well,” Trinder said.

Village Green (West Quest-Delta Green) won her maiden at only her third race start in November last year after which she was dispatched to the spelling paddock.

“I gave her a few weeks off after her maiden win and brought her back with the hope that she would win again before having a decent spell,” he said.

Listen to what trainer Adam Trinder had to say about Village Green’s class one win in Hobart.