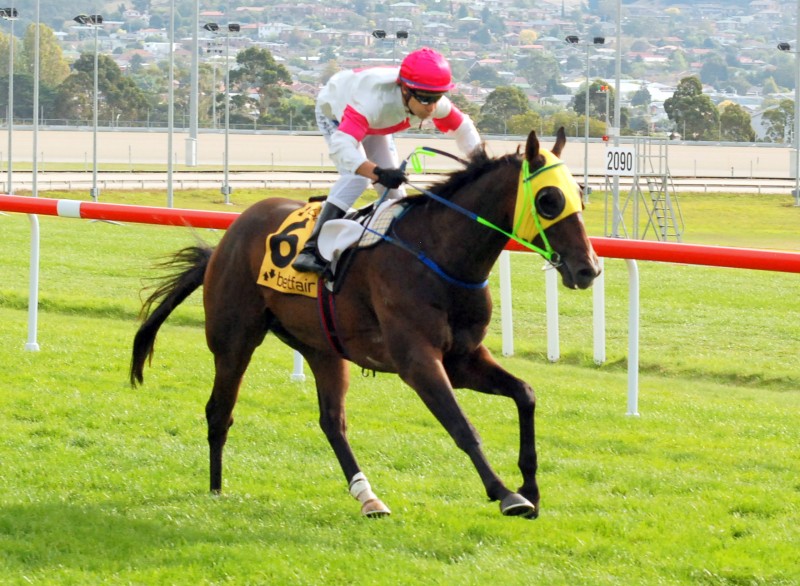 FORMER Tasmanian trainer John Blacker is likely to be spending more time in the winner’s circle in his home state than in his adopted state Victoria in the coming weeks given the efforts of two class horses he brought home last month.

But on Sunday at Tattersall’s Park in Hobart Arctic Blitz broke his maiden status with a very impressive win against strong opposition over 1400 metres.

Arctic Blitz (Stephen Maskiell) made it look easy as he joined the leaders in the home straight and cruised to a comfortable win, defeating Gee Gees Cool Kid and One At A Time.

Maskiell was impressed with the three-year-old’s effort.

“My horse was always travelling well and he got to them without too much effort in the straight. He was very impressive,” Maskiell said.

Blacker was not at the meeting but his brother and fellow trainer Troy Blacker was looking after the gelding and he too was impressed with the win.

Listen to what Troy Blacker had to say about the win of Arctic Blitz – CLICK HERE.