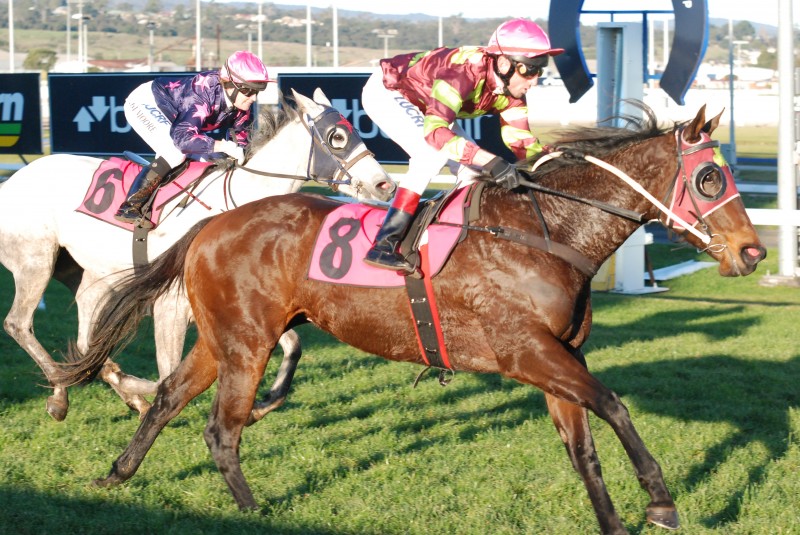 WESLEY VALE trainer John Keys is hoping his four-year-old mare Volcanic Sky can realise the potential she showed as a youngster and win her way through to open company.

Volcanic Sky notched her fourth career win in Launceston last Saturday when she powered her way to a convincing victory in a benchmark 68 handicap over 1200 metres on a heavy 8 surface.

The mare won on debut in Hobart but she was later diagnosed with bone chips in both knees and had to endure an operation and a lengthy spell in the paddock.

She cam back to win two more races over as many campaigns but at this latest outing she was very impressive as she toyed with her rivals that included the highly promising Liluka Belle and handy sprinters Tuktoyaktuk and Pinks A Legend from the Dianne Ray-Luttrell stable.

Volcanic Sky was ridden by Jason Lyon who was delighted with the way the mare went about her business and suggested she would win more races this time in.

It was the second leg of a winning double for Keys who also saddled up Spirit of Nia to win her maiden over 1400 metres.

Spirit of Nia produced a barnstorming finish to win comfortably but she dumped her rider Anthony Darmanin soon after the finish line that left him to deal with an injured right knee.

Listen to what trainer John Keys and jockey Jason Lyon had to say about Volcanic Sky’s win.