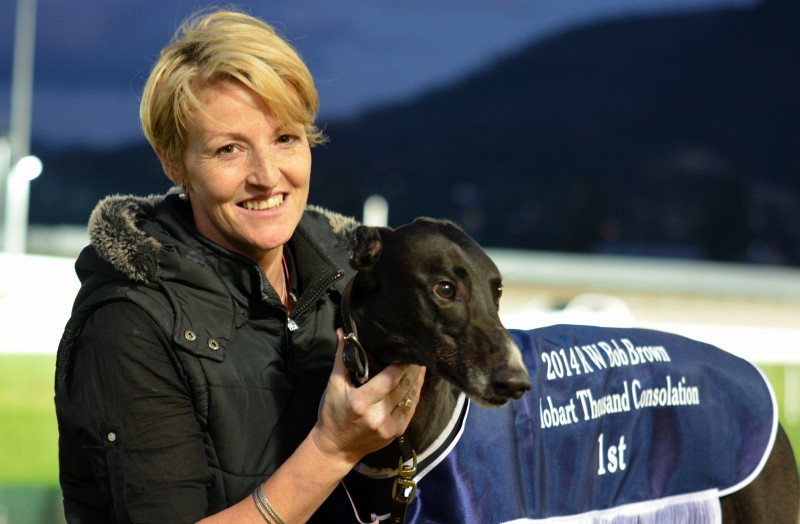 TWO years ago almost to the day Walk Hard contested the time honoured Group 1 Hobart Thousand final and went around one of the favourites.

He finished a gallant third to Blackalls Boss and his future looked bright.

But soon after his racing career was put on hold for six months due to injury with his owner-trainer Nicole McRae nursing her kennel star back to good health.

It has been a long road to finding top form and over the past few months he has been pottering about the straight track at Healesville notching wins and minor placings so at 4years and three months McRae opted to give him another chance at winning a Hobart Thousand.

He missed a berth in the final when a luckless fourth in his heat won by Tasmanian Breaker’s Tip.

But he made amends with a resounding win in the $6600 Bob Brown Memorial last Thursday night which in effect is the Hobart Thousand Consolation.

Walk Hard began well from box seven and had the leader in his sights turning for home and when he slipped into overdrive the Bit Chili dog bounded clear and went on to score by over eight lengths from talented Tasmania youngster Bruny Venture with Izon Destruction a closing third.

It was a master training feat to be able to bring a dog back from injury to win a feature race two years after he was sidelined.