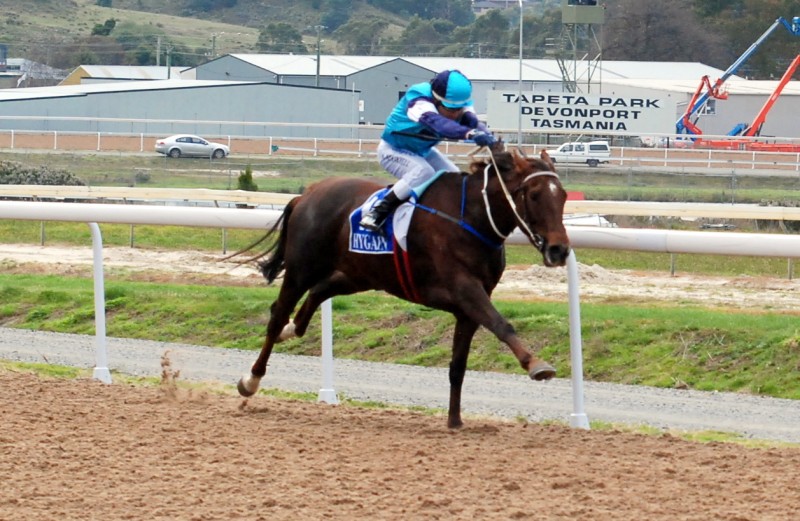 SPREYTON trainer Mark Ganderton predicts a bright future for his three-year-old filly Wanaea that scored an impressive win on debut on her home rack at Spreyton today.

With experienced rider Stephen Maskiell aboard, Wanaea began well from the inside barrier and settled fourth behind the speed that was set by Grand Paladino, At Sunrise and Kirstie’s Rose that sat three-wide to the home turn.

When Maskiell eased the filly off the fence to improve entering the home straight she quickly burst to the lead and went on to score by almost three lengths from Shrizzle, that came from well back, with Set Value only a head away third.

Wanaea is owned by a syndicate of Ganderton’s friends and includes the filly’s breeders Peter and Susan Scollard.

Listen to the Scollards explaining to Tasracing’s Peter Staples how they came by Wanaea – CLICK HERE.