Warrior to campaign in Melbourne after spell 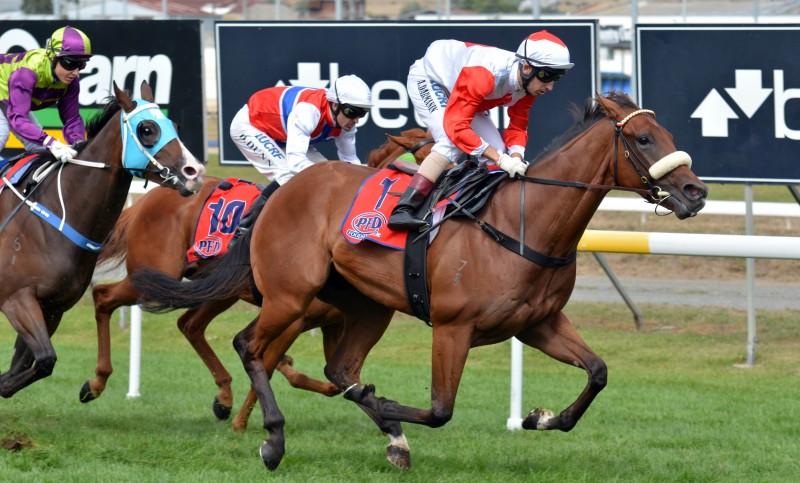 QUALITY three-year-old sprinter Valiant Warrior will spend another five weeks in the paddock before returning to the stables to prepare for a short campaign in Melbourne in the Autumn.

Valiant Warrior was despatched to the paddock by his trainer Adam Trinder the day after winning the $50,000 3YO Classic at The TOTE Racing Centre in Launceston last Wednesday.

The Wayne Roser-owned gelding headed to the spelling paddock having won five of his seven starts last preparation that included a game victory over Admiral in the 3YO Cup.

“We had thoughts of heading to Adelaide but after he won last Wednesday we opted to send him to the paddock,” Trinder said.

“He’ll have six weeks out and we’ll bring him back for a couple of races in Melbourne in July-August,” Trinder said.

“He will then come back to Tassie and have another short break and then aim to get him ready for a first-up tilt at the Newmarket Handicap,” he said.