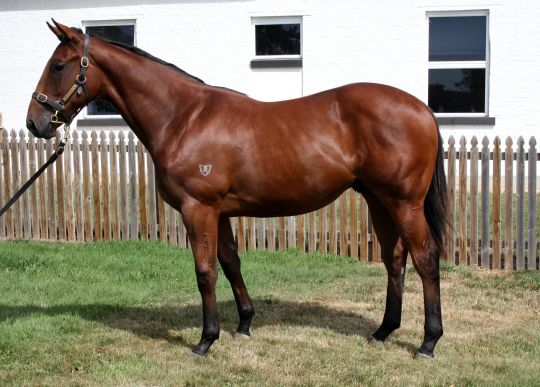 WARWICK FARM trained David Pfieffer walked away from the William Inglis Premier Yearling Sale in Melbourne yesterday with a grin form ear to ear after purchasing a colt offered by Tasmania’s Aceland Stud for what he regarded as a bargain at $28,000.

The colt by All American from the impeccably bred mare Aceland (Starvinsky-Jilzao) encouraged spirited bidding on what was a mixed day for vendors with a very high pass-in rate.

At one stage of the sale nine yearlings in succession were passed in of 10 that went under the hammer midway through day one.

Aceland also sold its Bel Esprit filly from Jims Bird for $46,000 to Caulfield trainer Clinton McDonald who described her as “A lovely walker with a great physique”

“At the end of the day we have our brand going into the Sydney system with the All American-Aceland colt with Warwick Farm trainer David Pfieffer,” Shaw said.

“The Bel Esprit-Jims Bird filly attracted a lot of interest. Clinton McDonald was very keen to buy her and he obviously saw in her what he saw prior to the sale,” he said.