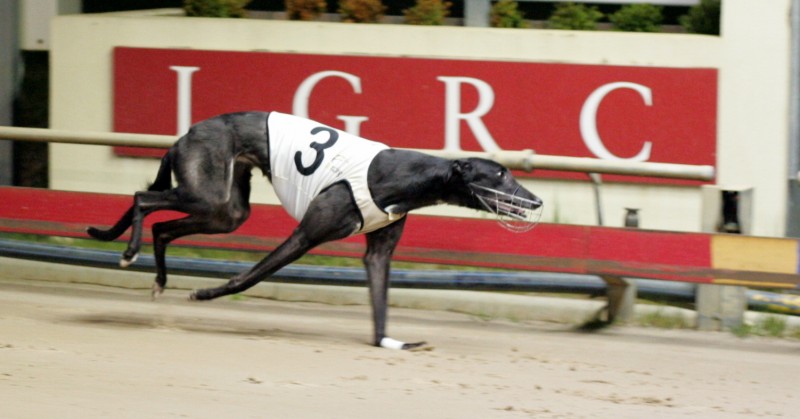 FORMER Victorian Ingrid Watkins could be spending a bit time in the winner’s circle in the coming months if her talented bitch Champagne Bound can replicate the form that saw her score an impressive win in Launceston last week.

Champagne Bound began well from box three and once she caught sight of the lure she sped clear of her rivals and went on to record an effortless win in a grade five event over 515 metres.

Watkins had little to do with greyhound racing until she met up with Sherriff who had moved to Melbourne for work.

“Ï met Michael and a year later we were off to Tassie and soon after our first child Alyssa arrived,” Watkins said.

“Michael has been involved with greyhounds since he was 18 so it’s a huge part of his life and I must admit I love it too,” she said.

“Michael had dogs in Melbourne and we were both working full time so anyone involved in greyhounds knows it’s nota  one man job when you both work and that’s how I became involved,” she said.

Watkins has slowly but surely taken up training in her own right.