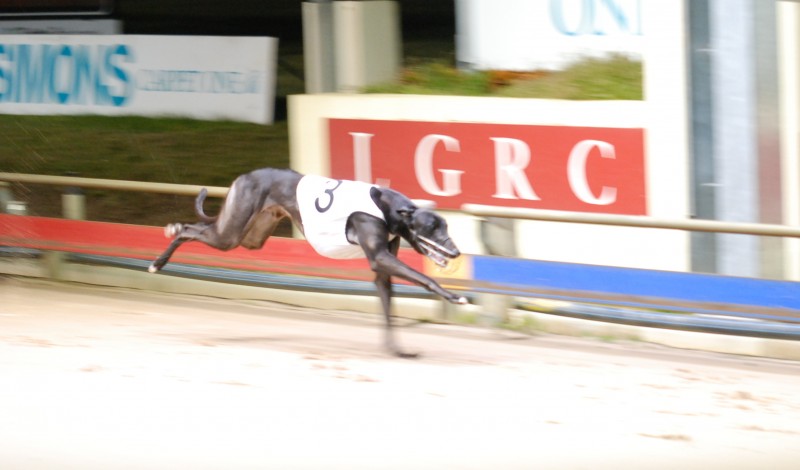 Buckle Up Wes began well from box three and after a lengthy stoush with Dominator Girl he powered home to score by over five lengths from Dominator Girl with Hellyeah Bolt almost three lengths away third.

The Ted Medhurst-trained dog won the Group 1 Australian Cup in March and has since been very competitive in Group races around the nation.

“I am so proud of this dog and he is a very worthy representative in the national final,” Medhurst said.

“He has taken us all on a wonderful ride so far and let’s hope it continues at his next start,” he said.

It was arguably the dog’s best win this season as he was forced to battle it out from the outset with Dominator Girl that crossed down from her wide draw (7) and crowded the favourite at the crucial first turn.

But when the leader shifted up the track slightly on the home turn Buckle Up Wes darted through along the rails and went on to win decisively.

Medhurst said he would travel the dog to WA on Saturday and is hoping to trial him at Cannington next Monday with the final to be held at that track on Saturday week.

Listen to what trainer Ted Medhurst had to say about Buckle Up Wes’s state final win.