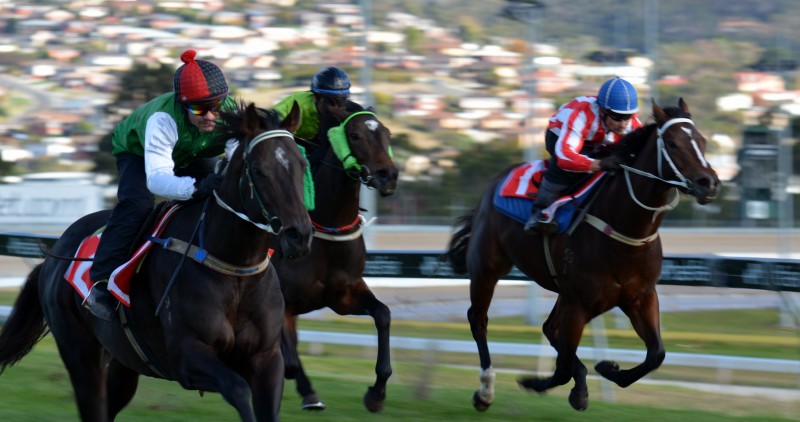 FOLLOWING Banca Mo’s impressive win in the Mornington Cup (2400m) in Victoria last month Tasmania’s premier trainer Scott Brunton was offered a horse that has raced in more Group and Listed races than any other galloper presently being trained in Tasmania.

Tougher Than Ever was sent to Brunton by his Western Australia-based owner Keith Loxton of Ferrari Racing and Breeding earlier this month.

And from what the five-year-old stallion showed in a trial at Tattersall’s Park in Hobart on Tuesday suggests he will be competitive in whatever he contests in the coming weeks.

Tougher Than Ever won his trial over 900 metres and ran home his last 600 metres in 34.4 seconds with David Pires aboard and he did it laying out all the way up the home straight and without being fully extended.

Brunton wasn’t at Tattersall’s Park to see the trial as he is in Melbourne with Banca Mo that is being prepared for a Queensland campaign that kicks off in the Doomben Cup on Saturday week.

Banca Mo will be flown to Brisbane next Tuesday and will be kept at Bevan Laming’s stables at Jacob Wells near Brisbane.

“I was on the phone straight after the trial to talk to Dave (Pires) and he gave the horse a good report,” Brunton said from Melbourne.

“We will now proceed with the plan to send him to Melbourne and he will line up in the Wangoom Handicap (1200m) at Warrnambool next Thursday.”

“He is a very classy galloper that has raced against top quality most of his life in New Zealand, Singapore and here in Australia,” he said.

Tougher Than Ever raced as Warhorse in NZ during his two and three-year-old campaigns before being purchased by Loxton two years ago.

He won the $120,000 2YO Group 1 Haunui Diamond Stakes over 1200 metres in what was one of the most controversial juvenile Group races ever held in NZ.

Tougher Than Ever was second past the post but a protest lodged by his rider Opie Bosson for interference suffered twice in the home straight was quickly upheld by stewards.

Tougher Than Ever was flown to Melbourne in the early hours this morning (Thursday) and will be domiciled at Richard Laming’s stables at Cranbourne before being floated to Warrnambool next Tuesday.