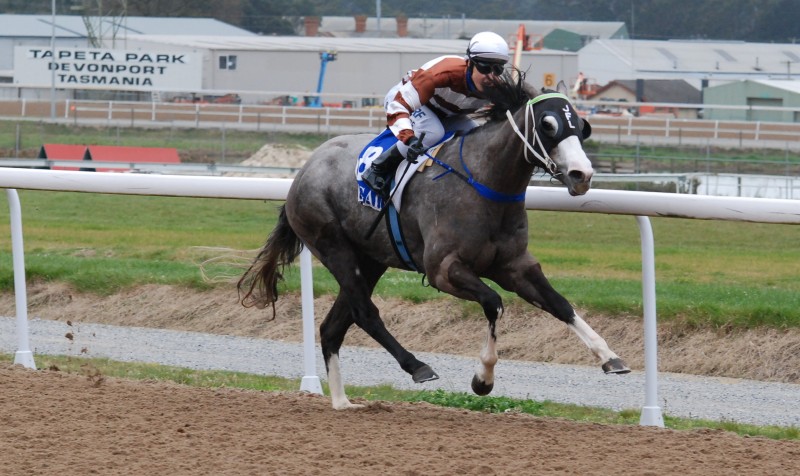 At Spreyton today the grey filly outgunned her rivals to take out the Simons Design Centre 3YO and Upward Maiden over the short course of 900 metres.

Our Lucky Girl began well from a wide gate (9) to find the lead but she was pressured soon after and to the home turn by the heavily backed first starter Secrets She Has that shortened from $5 to start the $2.80 favourite.

When apprentice Siggy Carr called on Our Lucky Girl for the big effort in the home straight she put a length on the favourite and went on to score by over two lengths from Blueblood that was backed in from $7 to $4.80 with Secrets She Has a head away third.

Our Lucky Girl (Wordsmith-Tasarla) is well named as she was orphaned as a foal and was hand reared at G G Horse Stud by Stuart and Ruth Gandy.

Luttrell said the filly also suffered from an illness that also almost claimed her life.

The filly is raced by her trainer and his partner Cheryl Kendall in partnership with their daughter Nicole.

Listen to what trainer John Luttrell and jockey Sigrid Carr had to say about Our Lucky Girl’s maiden win.