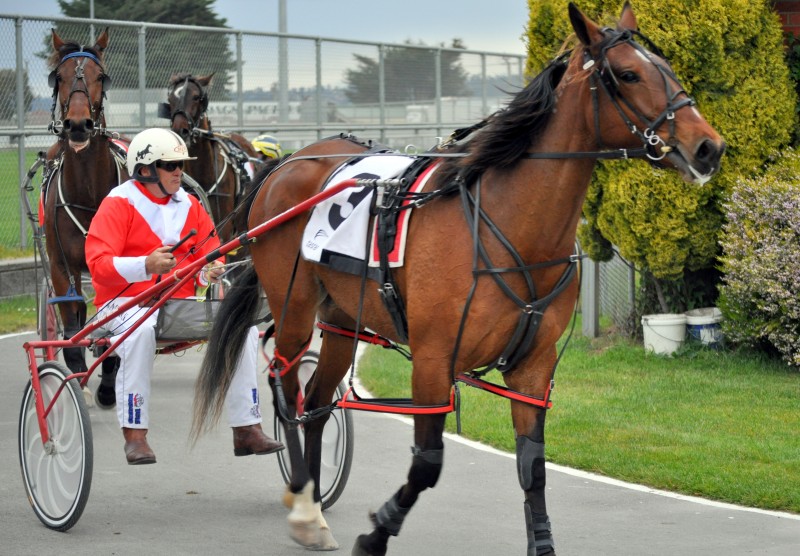 IF three-year-old filly Kyleasha can live up to the efforts of her half-brother Hexus then she should go on to win better races than the Kohnke Own Products Pace she contested in Launceston on Sunday night.

Hexus (Classic Garry-Magi Lune) won a heat of the 2006 Inter-Dominion series in Tasmania when in the care of Max Hadley and he ended his racing career with stake earnings in excess of $500,000.

Kyleasha (Bettors Delight-Magi Lune) was having he first start this preparation and showed all of her fighting spirit to win.

The filly led from gate three and travelled comfortably withy her trainer Barrie Rattray in the cart while the well backed Gottalovefridays (Michael Castles) worked around the field early to face the breeze at the leader’s wheel.

In the home straight Gottalovefridays drew about a half-length clear of Kyleasha but Rattray’s filly refused to wilt and fought back to go on and score by a head from Gottalovefridays with outsider Rainbow Phoenix flashing home from well back to grab third.

Rattray was delighted with the first-up win as he admitted she was rushed into her first-up assignment.

“This filly was underdone for this race but it came up and it was very suitable so we pushed forward and got the desired result,” Rattray said.

“I’ve always had a bit of time for this filly and I was very happy with how she did during her spell after her two-year-old campaign,” he said.

Kyleasha, owned by log time stable client Barry Stewart, is likely to have her next start in Launceston in a fort night.