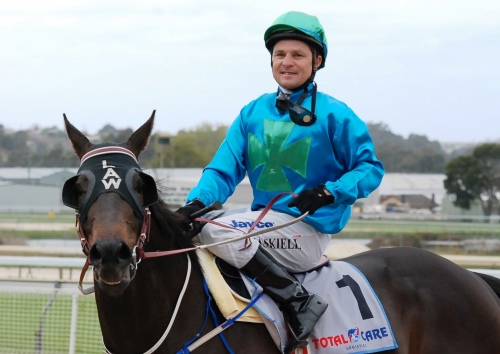 SPREYTON trainer Leon Wells revealed plans to set his quality galloper Western Wager for the 2011 Devonport Cup after the gelding scored an impressive win in the class six handicap over 1000 metres at Devonport today.

Western Wager was given the run of the race by top jockey Stephen Maskiell who had the five-year-old settled fourth and poised to pounce on the home turn.

Secdolrue (Michael Guthrie) cruised to the lade turning for home and kicked clear but the Brendan McShane-trained gelding had no answer to Western Wager’s powerful finish.

It was a tough effort given Western Wager had to carry top weight of 59.5 kilograms.

Jockey Maskiell said he had to ride Western Wager like he was the best horse in the race to be any chance of winning.

Wells said he has to manage his stable star’s program carefully as the horse still has leg issues.

Listen to what trainer Leon Wells had to say about Western Wager’s win – click here .