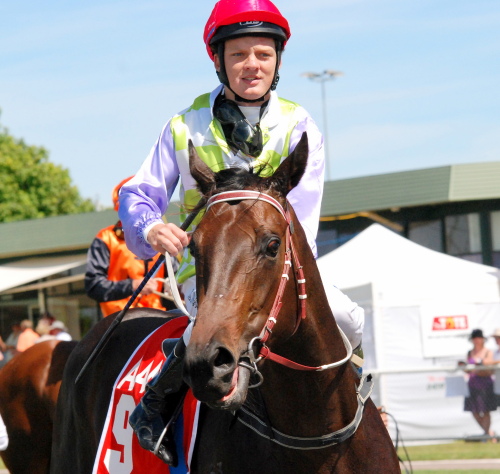 SPREYTON trainer Leon Wells predicts a bright future for his three-year-old filly Rebel Bride that scored an impressive win on debut at The TOTE Racing Centre at Mowbray yesterday.

Rebel Bride (Jason Maskiell) produced a powerful finish to haul in the leaders close to home and hit the line a half-head clear of Largs Lass with Gold Eliza almost a length astern.

The filly was superbly handled by apprentice Jason Maskiell who had her positioned midfield and racing generously after the field had travelled 400 metres.

The well backed Gold Eliza hit the front and looked to have the race in her keeping until rebel Bride and Largs Lass arrived late on the scene.

Rebel Bride (Telesto-Striking Sort) was a shade too strong for Largs Lass on the line.

Listen to what trainer Leon Wells had to say about rebel Bride’s debut win – click here .