Wes a win away from taking on nation’s best 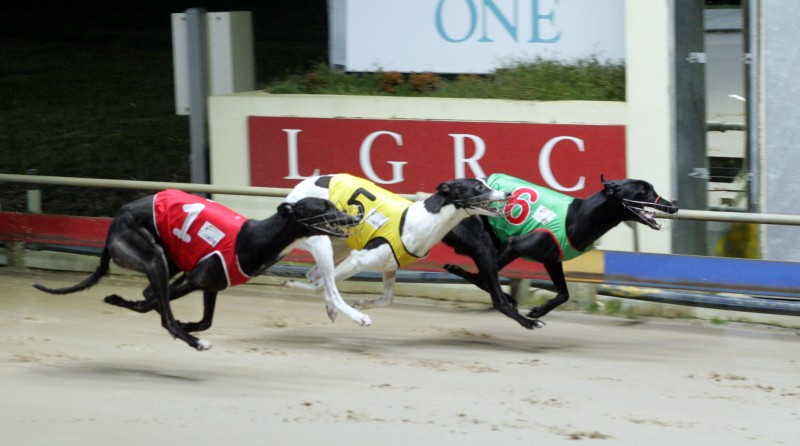 TOP Tasmanian greyhound Buckle Up Wes is only a win away from taking his place in the AGRA National Sprint Championship following his emphatic win in a state heat in Launceston over 515 metres on Monday night.

The Ted Medhurst-trained dog began brilliantly from box five to secure the lead before hitting the first turn and once on the lure he sped clear and went on to win by over 10 lengths.

The son of Collision stopped the clock at 29.59 to be clearly the fastest of the three heat winners.

It was still a bit off his best time on the track that was s slick 29.33 back in February in the Launceston Cup Consolation from box 2.

Buckle Up Wes won the Group 1 Australian Cup in March and has since been very competitive in Group 1 events around the nation.

He only needs to begin well from box three in next Monday night’s state final to be a top chance to represent Tasmania in the national final at Cannington in Western Australia on August 23.

Her Highness from the Keith Nichols kennel won her heat impressively from box one and she has drawn the same box in the final.

Nichols predicted some time back that Her Highness could develop into a top class sprinter and her form suggests she is on track to realise her trainer’s prediction.

Her Highness began well in her heat to lead and she was never headed n her way to a three-length win over Heliski with Hellyeah Bolt flashing home to grab third a half-length astern.

The winner clocked 30 seconds for the trip and would probably need to find a better time that that if she is to win the final.

Hellyeah Bolt went into his heat on the back of a brilliant win in an invitation race in Hobart four nights earlier but when he missed the start from box seven his chances of winning diminished appreciably.

Hellyeah Bolt has drawn box six in the final and will need to bring his best box manners to the game if he is to have any chance of winning the final.

The Shane Whitney-trained Black Rip delivered the goods in his heat to make it to the final.

Black Rip flew the lids from box six and led clearly to the home turn.

He  started to feel the pinch turning for home and it looked for sure and certain that he would be overhauled but to his credit he dug deep and staved off serious challenges from placegetters Classic Spence and Little Miss Take.

Black Rip ran the trip in 20.28 and would need to improve a few lengths if he is to head to WA.