White and Cooper combine for double 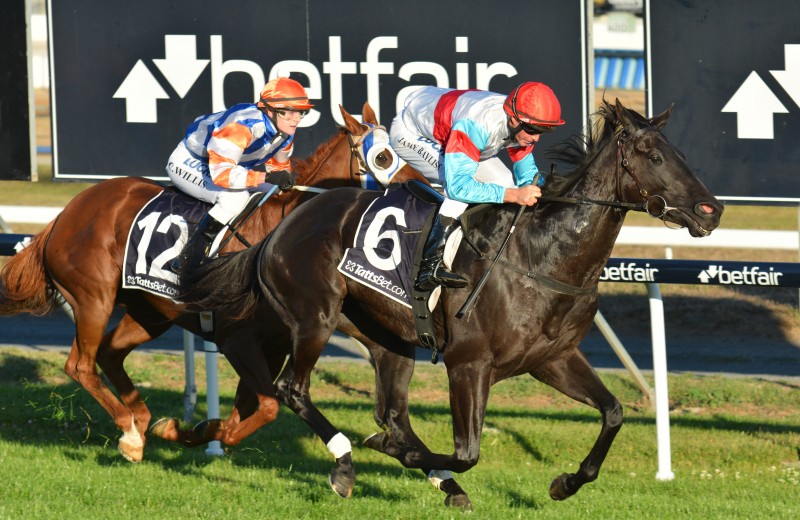 Both three-year-olds are owned and raced by Barry Cooper who is one of White’s most loyal clients but who also has a hefty involvement in racing standardbreds.

Meconsul had been racing in the silk department at recent outings and appreciated a step back to maiden company despite having to match it with older and more experienced horses.

With Jamie Bayliss aboard the gelded son of Econsul raced on the pace and when asked to deliver at the business end of the 1200-metre race he quickly put the end result beyond doubt.

Meconsul hit the line with a length to spare over race leader Tangerine Queen with the lightly raced Village Green over two lengths astern.

Bayliss said the three-year-old was always travelling like a winner and that the best part of his performance was the gelding’s ability to quicken over the concluding stages.

Tycoon Navigator was coming off a near-last effort in the Tasmanian oaks (2100m) that followed an eye-catching fifth in the Listed Strutt Stakes over the same distance.

White was able to freshen the filly for this latest assignment but admitted the soft ground enhanced her chances of winning the race.

“Tycoon Navigator has always shown us good ability but she definitely appreciates the sting out of the ground,” White said.

“She jarred up on a more former track here in Launceston in the Oaks so there were excuses for that performance but her run the start prior was good.”

“I just had to have her fresh enough to step back to the 1600m and we obviously did and it was a good ride from Anthony Darmanin,” he said.