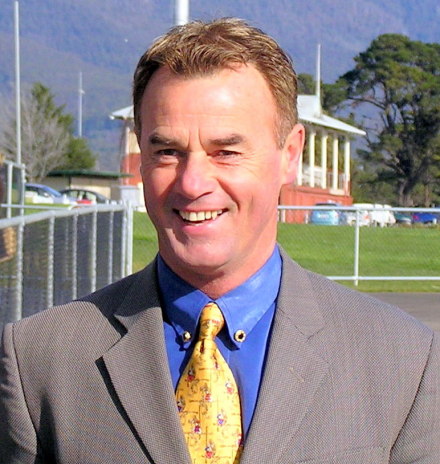 BRIGHTON trainer Gary White drove home from last Sunday’s meeting at Tapeta Park Spreyton with a double and full of praise for the synthetic track.

White won with Scoville and Shardoo and probably should have snared a treble had Esspressardo not been a victim of circumstances that led to him failing by the narrowest of margins in the class one handicap over 1650 metres won by Red Willow.

Contrary to what some southern based trainers might think – I like racing my horses here on the synthetic track,” White said.

“Other trainers have told me that horses can’t back up the next week after racing on the track but I don’t agree withy that either.”

“I raced Glisson on the track a week prior and she ran another big race a week later after being caught wide throughout,” he said.

Scoville appreciated being back on a firm surface while Shardoo also was more at home on a track rated a good three.

Both winners were ridden superbly by apprentice Bulent Muchu who delivered rides that would have done a more seasoned jockey proud.

White said Scoville was coming off a below average performance in Launceston but that was attributed to an unsuitable heavy track and Shardoo’s improvement was courtesy of not having to carry a hefty weight, as was the case at his previous outing when forced to lug 60.5kg on a heavy track.

Listen to what trainer Gary White had to say about his double at Spreyton – click here .