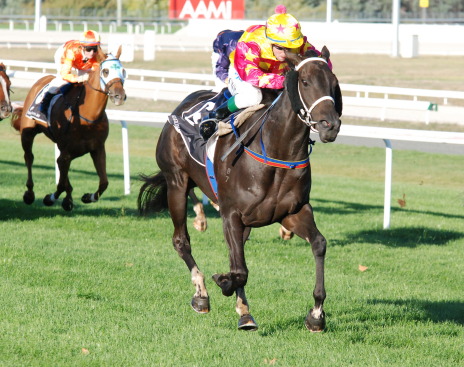 BRIGHTON trainer Gary White will take a small team of five to The TOTE Racing Centre in Launceston tonight with the hope of emerging with at least one winner.

While will saddle up lightly raced filly Miss Eye Candy in the opening race for two-year-olds and he then saddles up Whoforgot Derboots and Simply Hot in the Maiden/Class One Handicap over 2100m.

Coronaza, a five-year-old that has had only one start, will represent the stable in race four, a maiden over 1200m while in-form mare Fairy Feet looms as White’s best winning chance in the benchmark 68 Handicap over 1600m (race eight).

White rates Fairy Feet his best winning chance but he says the others have at least place chances if everything pans out as expected.

Fairy Feet could not have been more impressive in winning a BM68 over 1620m in Launceston last Wednesday night and while the opposition tonight is in top form and again has the services of two kilogram-claiming apprentice Rasit Yetimova who has partnered the mare to victory last start.

Listen to what trainer Gary White had to say about each of his five runners – click here .