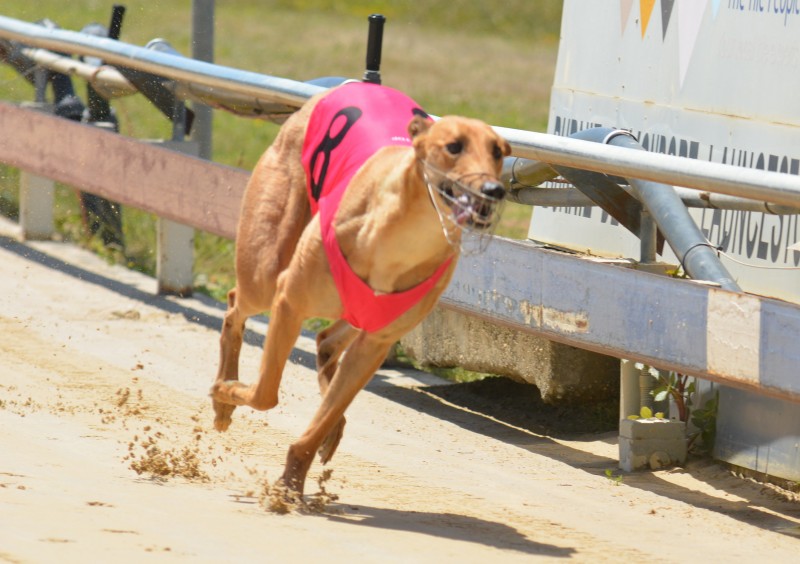 THE final of the O’Driscoll Coaches Grade Five series over 461 metres is the feature event on the 10-race card at Tattersall’s Park in Hobart tonight.

While it has assembled a great field the battle for supremacy is likely to come from the wide boxes with heat winner Lovely Banks (box 7) and Rory Mac (8) likely to vie for favoritism.

Lovely Banks won her heat with Rory Mac a close-up second but Rory Mac ventured to Devonport on Tuesday and won his juvenile wearing the pink vest and he clocked a great time of 25.46 over the 452-metre trip.

Lovely Banks is prepared by Ted Medhurst for owner Debbie Cannan and she was the quickest of the five heat winners (26.14), while Rory Mac is trained by Sonia Martin for Ricky Ponting and was only 2.75 lengths astern.