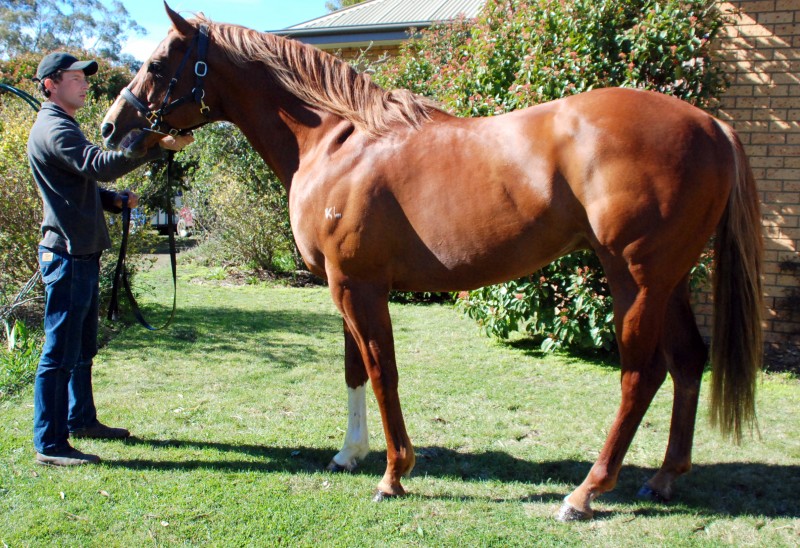 ONE of the state’s most promising stallions Wordsmith was announced as Tasmania’s leading sire of juveniles (2 & 3 year old) for last season.

Wordsmith, by Testa Rossa from the Yeates mare Way with Words, produced 17 winners during the 2013-14 season comprising seven two-year-old and 10 three-year-old wins.

Talented two-year-old Geegees Doublejay accounted for three of his sire’s winners and three-year-old filly Geegees velvet won twice as well as being placed in feature races.

Wordsmith stands at Paul and Elizabeth Geards Gee Gee Horse Stud at Broadmarsh where he will be standing his sixth season at stud in 2014.

His progeny won over distances ranging from 900 metres to 1400 metres.