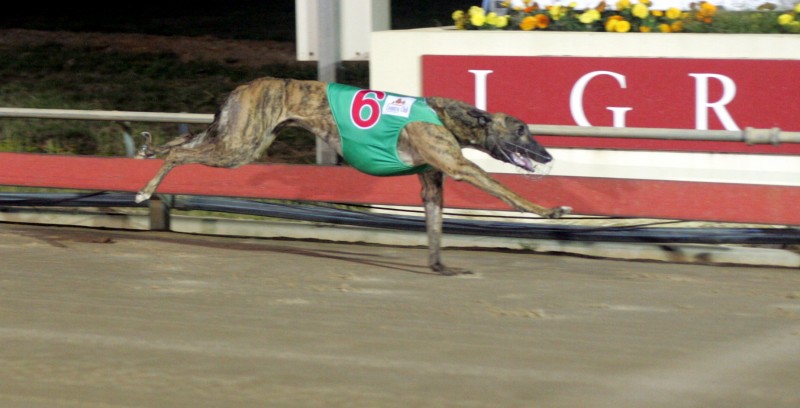 This son of Aston Galilee won the Illingworth Classic in Launceston two starts back and was sent out an odds on favourite here last week when second to Daintree Empress.

After being bumped and checked there were excuses last week and wearing the coveted red vest should see punters off to a great start on the 10-event program.

Illingworth Classic runner up Gracie looks well suited in Heat 2 of the Vet’s Series Medley (R4) over the middle distance.

The Vets Medley Series is one of the most popular multi-distance series in the state with the first round of heats run over 599m and the second round over 461m with the final reverting back to the 599-metre trip.

Gracie has box one and this should allow her to settle handy to the lead and if she gains a clear run up the straight she should be too good for this field.

Cheergirl will lead but may struggle in the run home while Bub’s Chance and Scrawny are capable of filling the placings.

Shanlyn Johnno gives the indication that he will run the 599m trip in Heat Three (R5). Jumping from six this son of Where’s Pedro is still learning but with any clean air early he should take a power of beating.

Starring Neo and Greysynd Merry look next best. Nicholas Jack will start favourite in the Invitation (R7) but speedster Fulande will be hard to catch after equalling the Launceston 278m record on Monday night.