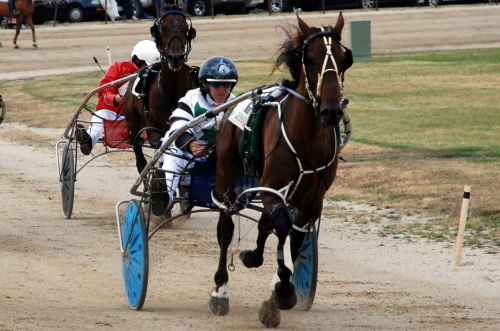 Duart Castle showed plenty of gate speed to find the front from gate two and when novice driver Damian Spring released the reins 300 metres out the gelding burst clear and went on to score by nine metres from Susanne Jennifer, that faced the breeze throughout, with Chassys Best a close-up third.

Duart Castle was having only his second start in Tasmania for former Victorian trainer Ben Yole who has re-established permanent stables in Tasmania’s north.

Listen to what trainer Ben Yole had to say about Duart castle’s win an d why he has returned to Tasmania after a 12-month absence – click here .