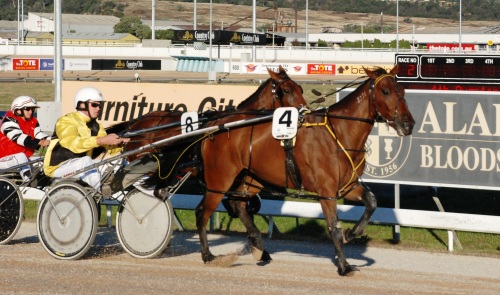 TALENTED young Tasmanian reinsman James Johnson celebrated another milestone in his short career in the sulky when he notched his 25th winner to outdrive his novice driver’s claim.

Johnson partnered race favourite Prince Niad ($2.70) to an effortless all-the-way win in the Collins Home Pace over 2297 metres on the tight Devonport circuit.

Johnson, who has partnered Prince Niadh in most of his outings this season, said the gelding had a bright future.

“The horse is only lightly raced and I think the best is ahead of him,” Johnson said.

“He is probably better suited o the bigger Launceston track where he’s finished close-up to some very good horses,” he said.

Johnson, 20, also spent a week working with the Fitzpatrick family’s training operation in NSW as part of the Plunkett Memorial prize.