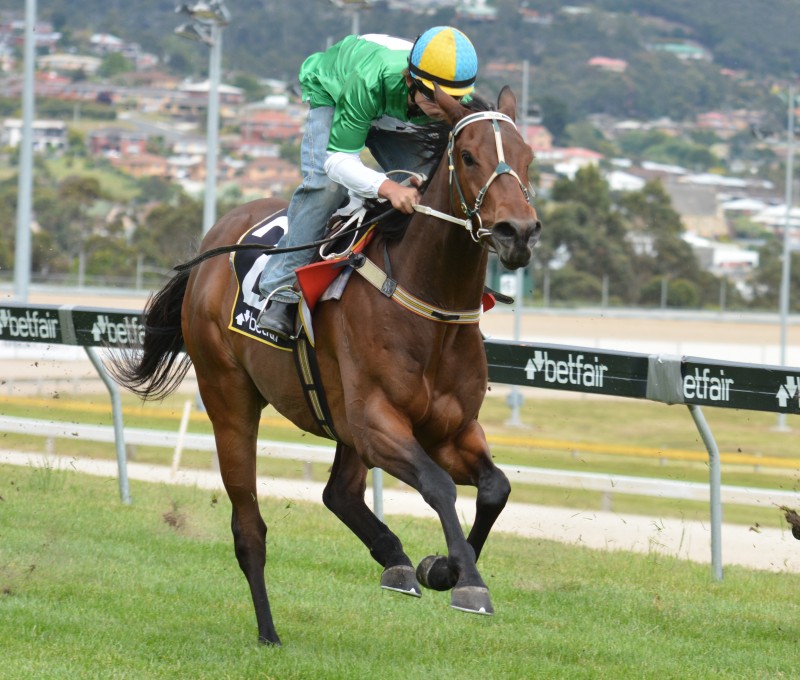 KYLE MASKIELL is on the way to becoming the third member of a well known jockey family to grace Tasmanian race tracks.

Maskiell, 15, is the son of Tasmanian Hall of Fame rider Stephen Maskiell and younger brother of Jason Maskiell who at one stage was being touted by interstate media as the best rider to come out of Tasmania since Max Baker.

With Stephen retired from riding but now training in Singapore and brother Jason sidelined through a long-standing indiscretion, Kyle is about to launch his riding career.

He was at Tattersall’s Park (Elwick) yesterday riding in trials with the hope of earning enough credits with stewards to start his riding career in February-March next year.

“I am looking forward to getting my licence to ride and I am quite excited about coming down to Hobart for four rides for Mr Brunton.

“I have had my heart set on being a jockey for a long time. It’s all I have wanted to do with my life since I was little,” he said.

Maskiell is indentured to his grandfather and aunty, Ken and Tanya Hanson to whom he has been indentured for almost a year.

Maskiell has been riding trackwork for his mentors and a number of trainers at Longford and he is widely regarded as a talented young horseman.

Maskiell’s first ride yesterday was aboard Payteevee for Scott Brunton and while he finished last of five it was considered a good trial by his trainer.

“That was nice trial because Kyle allowed the horse to settle where he was comfortable and then let him run home without knocking him about,” Brunton said.

Payteevee hails from Northern Queensland where he recently won the Cairns Cup and Townsville Cup for his trainer and part-owner John Manzelmann.

The gelding’s career record is impressive having won nine and been placed 12 times from 33 starts for about $231,000 in stakes.

“The horse comes to us with good form so we will be aiming him at suitable races.”

“He will have his first start in Tasmania in the weight-for-age Conquering (1400m) in Launceston next Wednesday night as that is the only suitable race for him at the moment,” Brunton said.

Tasmania’s star galloper Geegees Blackflash will also be back in action in the Conquering and a win in that race would take the John Luttrell-trained gelding closer to earning a million dollars in his home state.