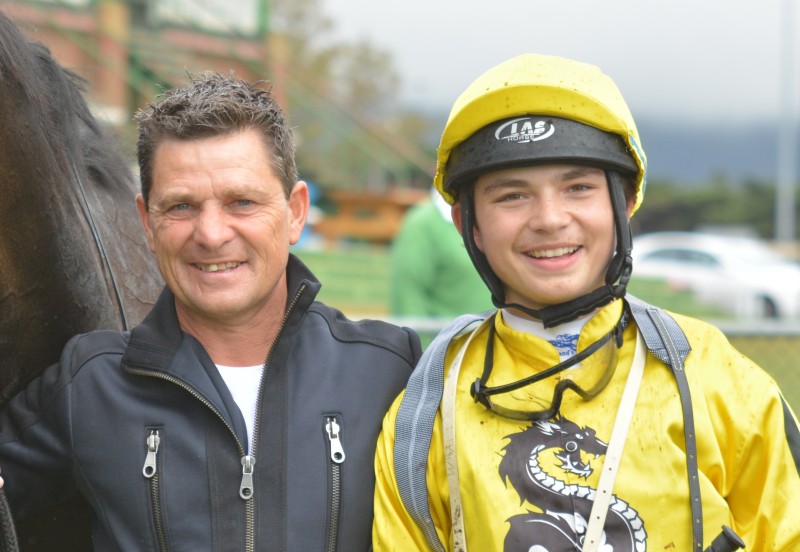 TASMANIA has produced some remarkable jockeys in recent times, some were born in the state and others have adopted the Apple Isle as their home.

Max Baker was one of the greatest and Craig Newitt would probably be one of the best home-grown exports of all time.

Stephen Maskiell moved to Tasmania from Victoria over two decades ago and carved a magnificent career in the saddle before hanging up his race riding boots last year but already an inductee into the Tasmanian Racing Hall of Fame.

Stephen’s son Kyle, however, was born in the state and like his older brother Jason he has emerged as a potential star.

In Hobart last Sunday Kyle rode four winners on the eight-event program, a feat almost unheard of by a four kilogram-claiming apprentice who ended the meeting with a winning strike rate of 21.3% and better than any other jockey in Tasmania.

He had his first ride on January 11 and didn’t secure his first winner until February 11 but as soon as stewards allowed him more than three rides per meeting he has dominated and it hasn’t been just a case of him being on the best horses.

In many cases he has simply outridden the opposition and that happed twice in Hobart last Sunday.

At 15 years of age there is no doubt Kyle Maskiell has the world at his feet but thankfully he has a couple of level-headed people around him who will help guide him through the next year during which he will undoubtedly rapidly reduce his claim.

Kyle wanted to be a jockey from a very early age and as he developed his skills on bales of hay at his grandfather Ken Hanson’s stables at Longford he dreamed of following in his father’s footsteps.

He stepped up to riding ponies but before he became a teenager he was already familiar with what it felt like to have a genuine racehorse under him.

Those years of practice on the hay bales and living in hope of one day feeling the breeze on his face as he powered down the home straight in search of his first winner, have paid off for the kid who was born to be jockey.

For a young teenager Kyle has shown remarkable strength of character during his rapid rise but that may be due, in no small part, to his mother Linda’s firm parenting but also understanding attitude towards him becoming a jockey.

Interstate media have already started to pester Kyle but his interview with Radio Sport National’s Shane Anderson last Tuesday was evidence that the youngster has a reasonably firm idea of what the immediate future holds.

When asked by Anderson whether he intends remaining in Tasmania in the short term he replied: “definitely”

“I want to remain in Tasmania at least until I get my claim down a lot lower and take it from there.”

“I’m happy to be around my family and friends because that’s important to me,” he said.

Kyle said he has a short-term ambition and that is to secure a ride in a non-claiming race.

Given the ability this young rider has shown in his first three months in the saddle his next goal should be achieved well before the end of this racing season.