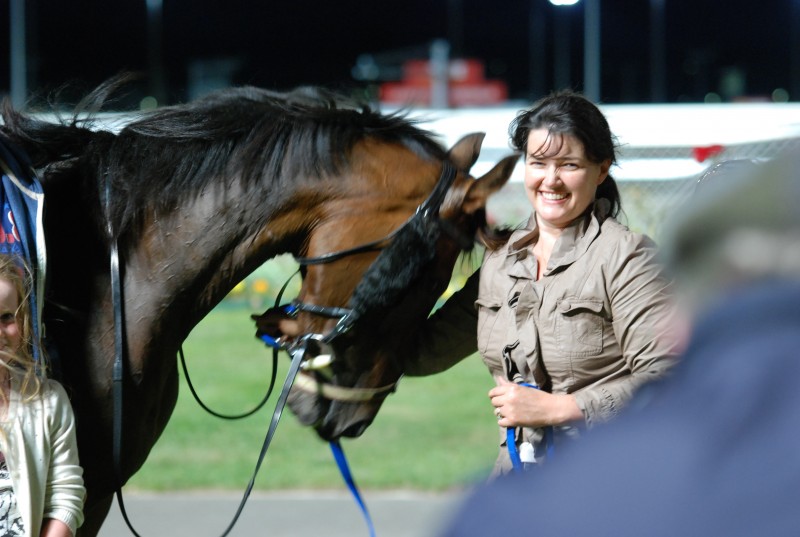 RICHELE LOANE will never forget well-bred mare Zarimby because she provided the novice trainer with her first winner on Wednesday night.

Loane has held an owner-trainer licence for just over a year but has only had one horse to train during that time in Zarimby.

The four-year-old mare has placed a few times but her effort on Launceston Cup day was below par and Loane was on the verge of sending her for a spell.

“I was going to tip her out for a spell after her run on Launceston Cup day but my mentor and good friend Michael Trinder suggested I keep her up and put her in this race and I am ever so glad I did,” Loane said.

“She has been ever so consistent and deserved to break through.”

“I thought I had my first win a couple of months back when she was in a photo-finish but the decision didn’t go our way,” she said.

Loane was brought up with a racing background as her mother, Dianne Smith, was an owner trainer during the 1980s and 90s.

“I am just following in Mum’s footsteps and I love it,” she said.

Loane has a two-year-old filly by Helike that is about to start racing and she also has a three-year-old by Dylan Thomas that could make his debut later this season.