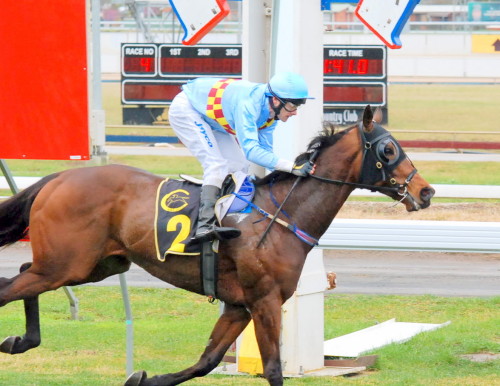 The David Miller-trained gelding led all the way to score an effortless win over Hypothermia and Final Words in the Tasmanian Night Racing 0-75 Handicap over 1600 metres.

It made up for a luckless second at his previous outing when after having spread-eagled the field and dashed clear in the home straight but he drifted up the track over the final 150 metres and was nabbed in the last stride by an outsider.

It was a masterful front-running ride by Kelvin “The Iceman” Sanderson who hunted him from the gates and then settled him into a free-flowing rhythm and he waited until he was well into the straight before calling on the gelding for the supreme effort.

The five-year-old son of Tully Zeal-Heart Of Angels has had only 21 starts for six wins and five minor placings for $62,000 in stakes.

Miller said the win almost made up for the second at his previous outing and explained why the gelding might be aimed at the Devonport Cup.

Listen to what trainer David Miller had to say about Zellarcy’s latest win – click here .