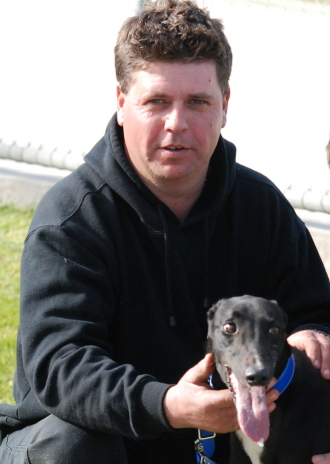 CHEETAH ZORRO has made quite an impact since arriving in Brendan Pursell’s kennel about three months ago.

The daughter of Bombastic Shiraz-Fallen Zorro won at only her second start for Pursell in a grade five at Devonport in September.

Her three subsequent outings produced minor placings in Launceston and Hobart before powering home to win a grade five over 515 metres in Launceston earlier this month.

But this latest win at Tattersall’s Park in Hobart last night showed her versatility, beginning well from box five and once in the lead she extended her advantage at every turn and had no trouble holding her rivals in the run to the line.

Cheetah Zorro hit the line four-and-a-half lengths clear of Tiza Gold with Boz The Tigga over a length away third.

Pursell said Cheetah Zorro was destined for a career over longer distances but that should come as no surprise given her mother Fallen Zorro was one of Australia’s best stayers when prepared by Shane Whitney.

The bitch raced at the same time as her kennel mate Chinatown Lad.